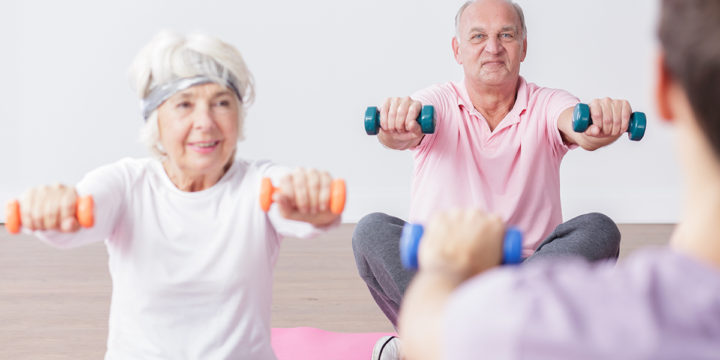 Stroke survivors who participated in group-based aerobic exercise programs of a similar design and duration to cardiac rehabilitation programs saw their aerobic endurance and mobility significantly improve. Benefits were seen regardless of the type of aerobic exercise, the person’s functional ability or lapsed time since the stroke, investigators found.

Researchers analyzed 19 studies and identified 23 qualified treatment groups that included 485 participants between ages 54 and 71. A six-minute walk test, maximal oxygen consumption peak, and walking speed were used to measure participants’ aerobic capacity. Across the various studies and participant groups, walking (either on a treadmill or on the ground) was the most commonly performed exercise, followed by stationary cycling, mixed-mode aerobic exercise and recumbent stepping. Exercise was performed at different intensities across the study groups, either continuously for 30 minutes or at three 10-minute intervals. All programs improved aerobic capacity in participants, although additional review of activity type showed walking may boost aerobic capacity more than cycling alone.

“These [findings] are clinically important because they indicate that applying walking or mixed aerobic exercise for those with mild impairments may maximize gains in aerobic capacity,” the researchers noted. The study could help reshape the level of care individuals receive after a stroke; often stroke survivors’ rehabilitation focuses primarily on function recovery, with little emphasis placed on aerobic exercise.

The study was published in the Journal of the American Heart Association.